Mistress and her fetish for trampling

This mistress likes to stomp on guys for fun. She does not have to have a reason to do it. For her, it is enough that she wants to do it. When she feels like it, she just gets a guy and she stomps on a guy. She makes it appear sexy and tramples the guy who thinks they are having fun but she is the only one having fun.

Princess McKenzie likes to punish the part of a slave that commits a slave. She found this slave lazy and she had to punish him. She made him place his hands on the floor and she crushed them. She stomped on them and made him cry like a little girl. She told him if he was lazy again, she would do worse to him. He was never lazy again after that. 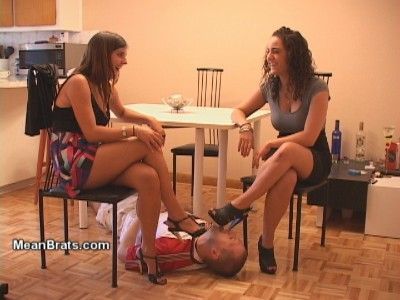 Mistress Emily forces guy to give her money