Goddess Stephanie facesits slave for disagreeing with her

Goddess Stephanie was shocked that her slave had the audacity to disagree with her especially on the kind of subject they were talking about. She was an expert in the matter and he had barely completed high school. So she listened to him and respected his opinion but when he started talking to her as if she was ignorant, she lost it and she facesat on him. She had to show him that he did not know what he was talking about and that he was only good enough to lick her ass and smell her farts. 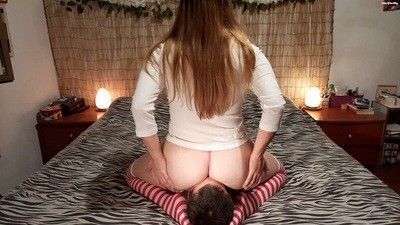